Need help?
Call us on: 0131 447 2340 Email us
Search
Menu
You are here: Home Blog The constantly changing face of cosmetic surgery

If you’re contemplating cosmetic surgery but are concerned about possible risks, it’s reassuring to know that all the procedures offered by the Edinburgh Clinic are in the safe hands of experts approved by the General Medical Council and specialist consultants accredited by either the British Association of Aesthetic Plastic Surgeons (BAAPS) or the British Association of Plastic Reconstructive and Aesthetic Surgeons (BAPRAS).

There are many ways we can help if you feel the need to seek remedial cosmetic surgery, ranging from anti-wrinkle injections, scar revision, ear reshaping and breast uplift surgery to the removal of moles, cysts, benign tumours and skin tags.

Advances in professional cosmetic surgery are today having a positive impact on the lives of people from all walks of life – but where did it all start?  Far from being a purely modern phenomenon, the story goes a long, long way back…

The principles of plastic surgery were first put into practice by the ancient Egyptians but not, it would appear from close study of the papyrus record, for the benefit of the living.  Instead, early versions of procedures that we would recognise today such as body implants were used as an essential part of the mummification process to maintain the earthly appearance of dead kings, queens and other high nobles so they would remain easily recognisable in the after-life.

The cosmetic surgery staple of nose reconstruction – known today as rhinoplasty – was pioneered by the Indian surgeon Sushruta around 600BC.  His method involved cutting a flap of skin from the patient’s cheek or forehead, then sewing it on to the damaged nose.  This technique remained a closely guarded secret on the sub-continent for centuries until 1794 when British army surgeons witnessed an Indian bricklayer use it to replace the cut-off nose of one of their soldiers.  Amazed, they brought this primitive but effective procedure back to Europe and the rest, as the saying goes, is history…

The body beautiful in ancient Rome

The Roman obsession with physical perfection around the 1st century BC was probably inspired by the mass nudity that revealed any bodily abnormality to all with the increasing popularity of public baths.  The most popular procedures offered by the cosmetic surgeons of their day included circumcision reversal and even breast reduction to improve the appearance of particularly obese men.

Our history of cosmetic surgery now has to skip forward several centuries as nothing of any real note happened during the Middle Ages and post-Renaissance periods.  This was mainly because of the overpowering influence of religion and the belief that physical deformity was the will of God, meaning that any attempt to provide remedial treatment was condemned as magic, witchcraft or, worse still, downright heresy.  The brave exception was the 16th century Italian physician Gasparo Tagliacozzi who produced the first textbook describing plastic surgery techniques including his own speciality of taking grafts of skin and tissue, usually from the patient’s upper arm, to cover wounds elsewhere on the body.

However, the more enlightened environment of the 19th century saw major advances such as the first cleft palate operation in 1827, the first use of ‘free-bone’ grafting to reconstruct a nose in 1889 and the earliest known breast enhancement procedure performed in 1895.

The First World War witnessed a tremendous acceleration in reconstructive plastic surgery due to the unprecedented nature of the facial injuries suffered by soldiers in the trenches such as gaping skull wounds, shattered jaws and blown-off noses.  On the British side, this work was pioneered by Major Harold Delf Gillies, dubbed ‘the father of modern plastic surgery’.  He founded the world’s first hospital dedicated exclusively to reconstructive surgery and the techniques he developed there provided a blueprint for many of the advanced procedures in use today, including transgender surgery.

World War Two not only pushed the boundaries of possibility in plastic surgery, but the numbers of specialist surgeons needed on the battlefield to practice it.  These were the surgeons who went on to make cosmetic surgery available to a prosperous, peacetime generation in the ‘50s and ‘60s who could clearly see the effects of cosmetic treatments on their favourite movie and TV stars and wanted the same benefits for themselves – whatever the cost and whatever, in those early days, the risks.

Today, professional cosmetic surgery as practiced at the Edinburgh Clinic is safe and easily accessible to all.  But what does the future hold?   With research already being carried out on long lasting dermal fillers, lasers that can re-energise the skin and even body rejuvenation through cloning, only time will tell.

To find out more about the cosmetic treatments offered by the Edinburgh Clinic, go to https://www.edinburghclinic.com/services/cosmetic-surgery/ 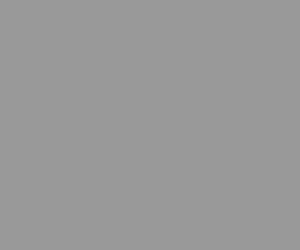 The shape of things to come in digital healthcare

In little more than a generation, the increasingly rapid pace of technological change has hurtled… 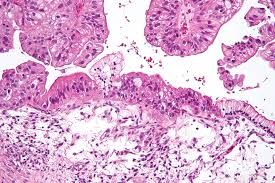 This website deposits certain bits of information called ‘cookies’ in a visitor’s computer. A cookie is a small amount of data, which often includes an anonymous unique identifier, which is sent to your browser from a website’s computer and stored on your computer’s hard drive. We use cookies to tell us how and when pages in a website are visited and by how many people.

Cookie technology does not collect personal identifiable information; the information collected is in an aggregate, non-identifiable form. The use of cookies is an industry standard, and many major websites use them to provide useful features for their customers.

To comply with the ICO Cookie Legislation, this website has implemented a notification bar notifying the user of the use of cookies. To improve user experience, cookies are used to determine if the notification bar should be displayed.

This website uses cookies to improve your experience while you navigate through the website. Out of these cookies, the cookies that are categorized as necessary are stored on your browser as they are essential for the working of basic functionalities of the website. We also use third-party cookies that help us analyze and understand how you use this website. These cookies will be stored in your browser only with your consent. You also have the option to opt-out of these cookies. But opting out of some of these cookies may have an effect on your browsing experience. You can find out more about cookies including what they are, how to control them or how to delete them at www.allaboutcookies.org.

Necessary Always Enabled
Necessary cookies are absolutely essential for the website to function properly. This category only includes cookies that ensures basic functionalities and security features of the website. These cookies do not store any personal information.
Non-necessary
Any cookies that may not be particularly necessary for the website to function and is used specifically to collect user personal data via analytics, ads, other embedded contents are termed as non-necessary cookies. It is mandatory to procure user consent prior to running these cookies on your website.
SAVE & ACCEPT