Need assistance?
Call us on: 0131 447 2340 Email us
Search
Menu
You are here: HomeSurgeon fixed the 'plumbing' in my eye to save my sight

Surgeon fixed the 'plumbing' in my eye to save my sight 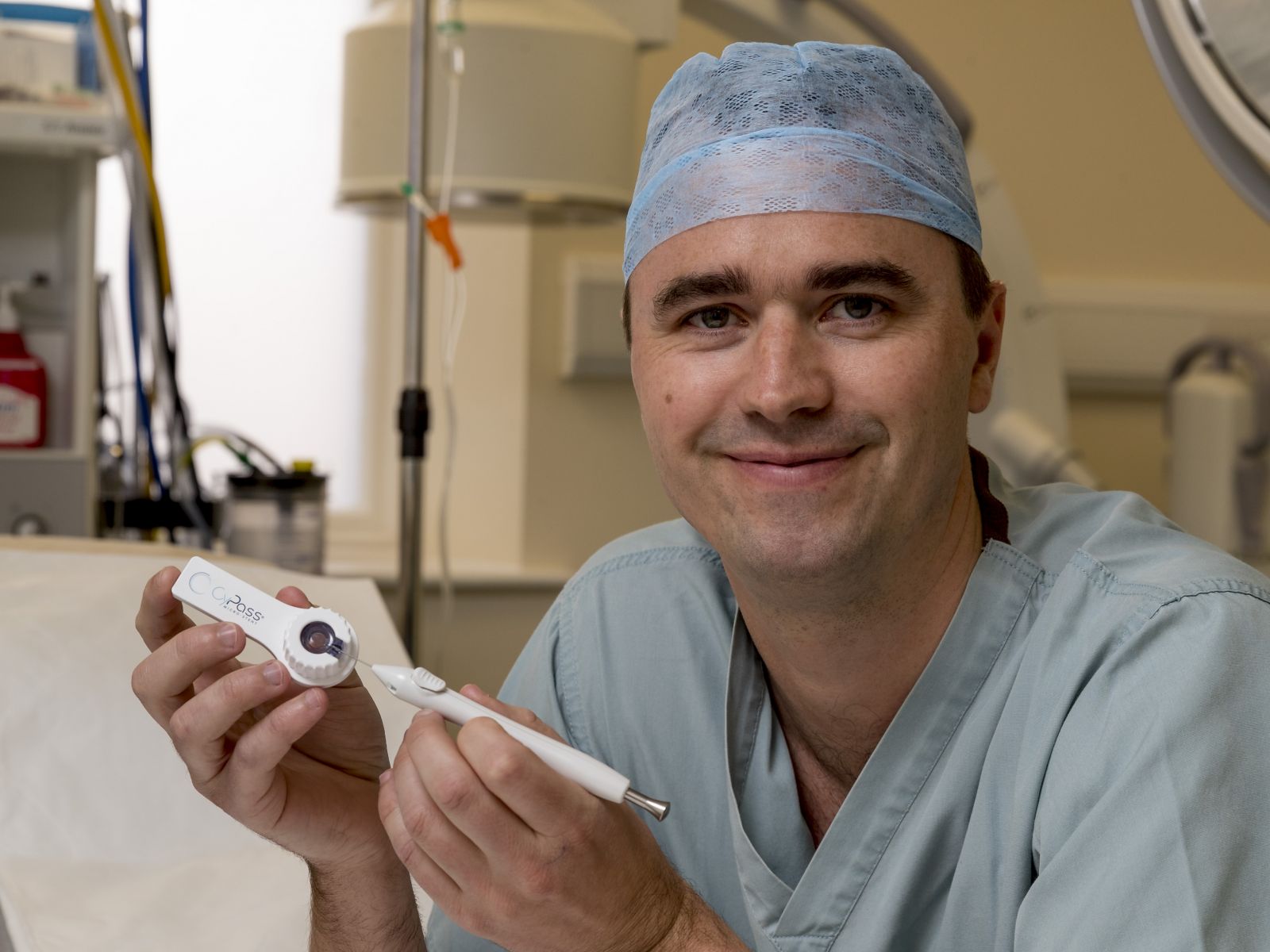 Just a few months after Teresita Winser began suffering severe headaches and blurred vision, she was told she could be blind by the end of the year.

As a mum to a son with severe autism, the thought of no being able to give him the same level of care terrified her. After visiting her opticiain, the Buckie mum was sent to the eye clinic at Aberdeen Royal Infirmary.

She was diagnosed with acute angle-closure glaucoma, a reare form of the condition which means pressure in the eye can increase at an alarming rate due to drainage canals becoming blocked – almost like a sink filling with water when the drain is obstructed.

The 62 year-old was given three sessions of laser iridotomy treatment, which uses a focused beam of light to create a hole in the rim of the iris, but the treatment failed.

She was given drops and mediication which caused bad side effects, so Teresita investigated other options.

She contacted the Moorfield Eye Hospital in London, where a specialist put her in touch with respected glaucoma surgeon, Dr Andrew Tatham at The Edinburgh Clinic.

Within days of contacting Dr Tatham, Teresita was given some shocking news. "He told me I really need to think quickly, otherwise I would be permanently blind by Christmas."

Teresita had lens replacement surgery to create a larger space at the back of her eyes and anterior chamber to allow better drainage. Most importantly, Dr Tatham saved her optic nerve. Immediately after the first replacement, she began to feel better.

The nausea and fatigue she had suffered disappeared within a week and slowly life returned to normal.

"I'd been signed off work for months and desperately wanted to regain normality" she said, "Dr Tatham gave me this. My son's condition means our lives have to be organised with military precision and when my symptoms were at their worst I wasn't able to work, drive or care as I'd like. Now I'm back at work, driving again and supporting my son.

"Dr Tatham saved my sight and I'm so grateful."

Having faced up to possible blindness, Teresita knows how important it is to have regular eye checks to detect glaucoma.

11th March marks the beginning of World Glaucoma Week, which aims to raise awareness of a condition that affects 2% of Scots over 40.

Dr Tatham is a consultant cataract and glaucoma surgeon at both The Edinburgh Clinic and Princess Alexandra Eye Pavilion. He has specialist interest in new treatments and since Teresita's op a game-changing new procedure called Cypass Micro-Stent has been introduced.

Approved for use in America in 2016, Dr Tatham used it for the first time in Scotland six months ago through the NHS at the Eye Pavilion. It has just been approved by NICE, meaning it will be rolled out further in the coming months.

Using minimally invaisive keyhole surgery, a 6mm plastic stent – no bigger than an eyelash – is placed directly into the eye to drain fluid and alieviate pressure on the optic nerve. The procedure can be combined with cataract surgery, with the stent inserted in just five minutes. Patients can be fully awake with a local anaesthetic released the same day.

"Symptoms of glaucoma can be very difficult to spot early on, so early detection and treatment is crucial," Dr Tatham explained.

"Glaucoma is essentially a plumbing problem in the eye, so by improving drainage we can alleviate pressure and avoid blindness.

"The stent itself is tiny and once implanted, patients recover faster with vision restored within a matter of days. One of the problems with glaucoma is it causes you to lose vision gradually, often peripherally, so people can lose 80% of their sight and not notice.

"The only way to have early detection is regular eye examinations and Scotland has the best provision for this in the world. People most at risk are very short-sighted, those with a family history of glaucoma and older people, but everyone should have regular examinations."

Date: 13/03/2018
Quick Links
We use cookies to ensure that we give you the best experience on our website. If you continue to use this site we will assume that you are happy with it.OkPrivacy policy