Need assistance?
Call us on: 0131 447 2340 Email us
Search
Menu
You are here: HomeAbout UsNewsThe visionary photographer helping others see clearly

For Susan Pittman from Ullapool, a deterioration in her vision over the course of 10 years had a marked impact on her quality of life.

Susan initially began to experience dry eye which seemed to improve with the help of eye drops. However, her symptoms returned and worsened and a trip to her optician confirmed cataracts were beginning to develop in her eyes.

Cataracts are a clouding of the eye’s natural lens. They normally develop slowly causing problems with vision including general blurring, difficulty reading, difficulty seeing to driving at night and the need to frequently change glasses.  Cataracts are very common and are most often due to natural ageing.  The treatment of cataracts involves a 20-minute painless operation during which the cloudy cataract is removed and replaced with a new artificial lens.  Just as when you choose new glasses, there is a choice of lenses, which can restore vision. Modern cataract surgery can also reduce the need for spectacles, even in people who have always needed to wear glasses.

“For as long as ten years I was seeing significant deterioration in my vision. It was becoming harder and harder to manage daily tasks and at my worst I wasn’t even able to drive, sew or read. I felt like I was losing my independence and it really was frustrating. Not only that, it was also becoming incredibly debilitating and tiring constantly having to strain to see things.”

Susan’s optician advised her about how cataracts develop and gave her the opportunity to decide when she felt it was the right time to seek treatment.

“My optician handled the referral via my GP and I visited the eye unit at Raigmore Hospital in Inverness in November last year. However, I couldn’t get an assessment until April of this year. It was during this assessment that I was told it would be another 4-6 months before I would get my operation.

“I really didn’t want to wait this long as I am a very busy and active person with lots of hobbies, including woodwork, photography and birdwatching – hobbies which require attention to detail and precision. My vision got so bad that I wasn’t able to continue with these, or even simply use a screwdriver, find the slot or draw lines. Waiting another six months wasn’t an option for me.”

Susan decided that seeking private treatment was her best option and started to do some research into potential clinics. Again, with the help of her optician, Susan chose The Edinburgh Clinic.

Susan decided to use her photography skills to demonstrate just how her sight had been affected by the cataracts. By applying a blurred effect to photographs she had taken, she was able to demonstrate the ‘ghosting’ symptoms she was having in her eyes and just how badly her eyesight was impaired. 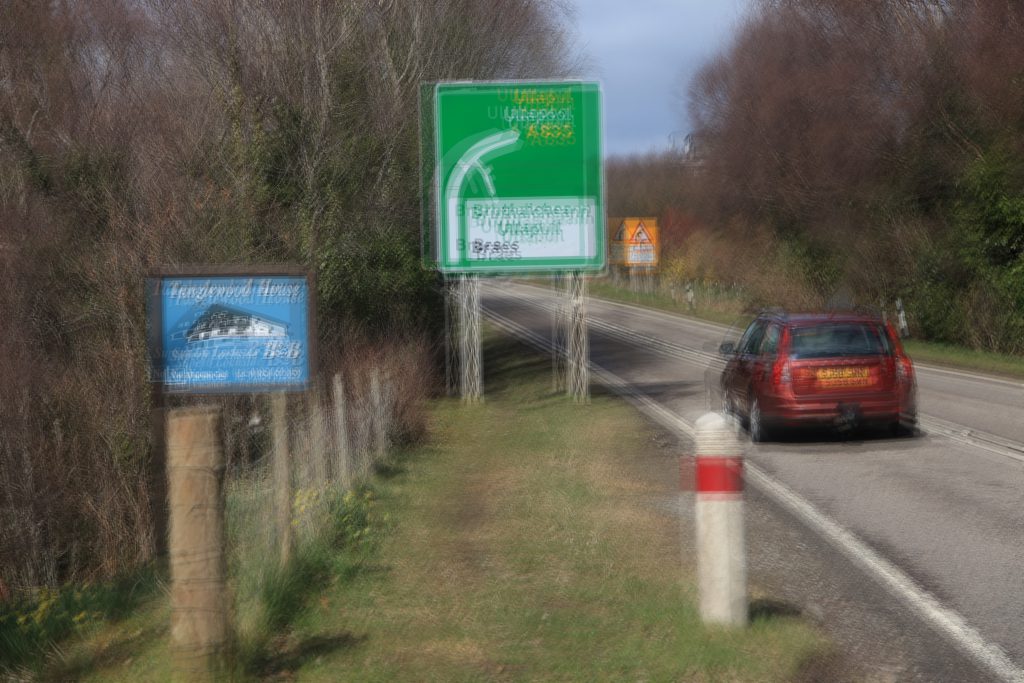 “It was always difficult to describe the problems with my sight. No-one seemed to understand what I was trying to say, so I made images which showed them just how deteriorated my vision was. My eye surgeon, Dr Tatham, said he hadn’t seen such a good illustration of how cataracts affect vision before and that with cataract surgery he would be able to restore my sight.”

“Everything then moved very quickly from around mid-April. The team at The Edinburgh Clinic contacted me and I was booked in for my first operation with Dr Tatham on 15 May.”

At The Edinburgh Clinic it is possible to have surgery to both eyes, with a gap of only 2 weeks between eyes.  Susan though decided she wanted to wait two months a little longer between eyes to give her enough time to build up her fitness levels again which she had lost due to her poor vision.

“Being able to start enjoying my hobbies again and exercising gave me a real boost. Giving myself time to fully recover meant I felt fitter and stronger and more motivated to putting everything into the second leg of recovery after the next operation.”

“I knew that by choosing The Edinburgh Clinic I was guaranteed a good surgeon and my experience with Dr Tatham from start to finish was excellent. My eyes had been getting gradually worse for 10 years so it was a huge relief to see well again. I am delighted – everything is clear.”

Two months have now past since Susan had her second operation and with her sight perfectly restored she is now back doing everything she used to, particularly one of her real passions – photography.

“Photography is a real passion of mine. From landscape to wildlife, right down to micro imagery of horsefly mouthparts, having good vision is crucial to make sure I capture the best quality images. This was becoming impossible before I got my surgery and now I can see so clearly.

“If I could give people who are having similar symptoms as me some advice it would be to get their eyes checked as quickly as possible. Daily life just gets harder and harder the worse your vision gets so if you are noticing a difference then go and see your optician.”

We use cookies to ensure that we give you the best experience on our website. If you continue to use this site we will assume that you are happy with it.OkPrivacy policy